Geoff Parkin recalls Pilley as it was, when the Colliery was open 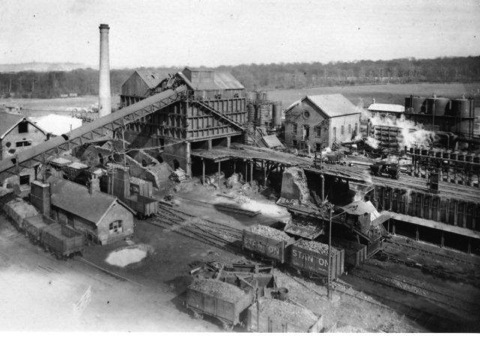 My early recollections of Pilley Pit were in the late 1940’s.  The Pit was Pilley and Pilley was the Pit.  Life revolved around it and it seemed at the time that this was the boundary of the world.

The most dominant feature of the Pit was the Pit-Hill, and it was said that you could see York Minster on a clear day from its highest point.  Behind the Hill were railway sidings, which fed through to Birdwell station (now the Company Shop) and eventually over a bridge at New Road, and onto Birdwell, under Sheffield Road to join up with lines serving Rockingham Colliery.

There was also a bridge at the bottom of Pilley, where railway lines from the Pit crossed New Road into sidings which joined the railway lines passing under Lidgett Lane and Knoll Cottages and then onto Birdwell, passing under the Walk, Sheffield Road and again joining up with the lines from Rockingham Colliery.  Shunting engines – I recall one called “Sentinel,” who used to charge up and down the sidings to the Colliery with rows of wagons, ready to be sent down the railway line. 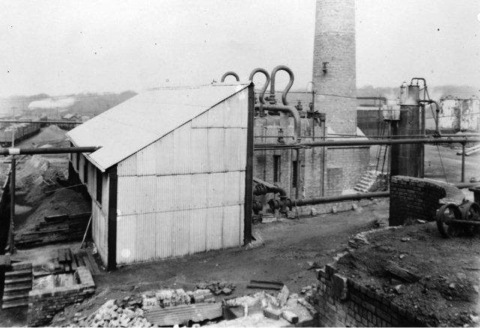 The road up to the Pit – along past Stone Row Cottages, entered the Pit Yard, past the Post Office Row.  There was a shop on the corner – Ellaways, Tom and Bessie ran it – which sold most everyday household items.  The Pit Yard had a triangle of lawn in front of the offices and “check” office, and the weighbridge.

There was also a row of cottages right in the yard just before the roadway into the Blacksmiths Workshop, Fitters Shop and the Joiners Shop. My Auntie Nellie lived in one of these cottages, and on the left of the roadway near the Blacksmith Shop stood one of the Pit Head Gears.  To a six year old this was incredibly huge.

The Blacksmiths Shop was my biggest adventure.  Dad was Foreman Blacksmith and I used to go down at breakfast time on a Saturday morning.  There was an open-hearth brazier- quite large for heating up metals etc. and Dad would let me operate the blowers to heat up the coke bed ready for work whilst he and the other blacksmiths had their break.  That was amazing on a cold winter’s day!

Round the corner stood the cooling tower – a large wooden structure with water always cascading down it’s inside.  Past this was the “Club” which had a concert room, bars and snooker all there for the miner’s welfare.

Behind the colliery was the Coking Ovens – a real sight when the ovens were emptied into steel wagons awaiting shunting down the railway sidings.  On a winters day my Mother would send me on my bike to the gate to clear a cold by breathing in the tarry air! 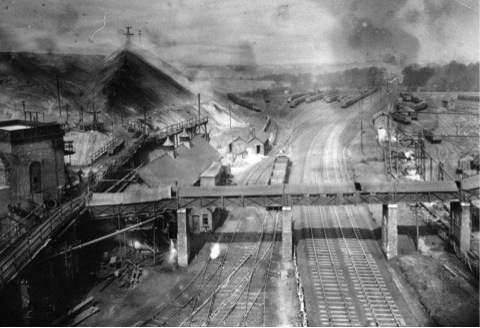 Pilley Green was always busy with NCB Lorries running between the Pit Yard and Hermit-Hill Drift mine.  Sometimes carrying equipment, sometimes men in the open back lorries.  I remember Ellis Walsh, Raymond Hague and Harvey Ainsworth driving these vehicles.  It was always busy at shift chance with buses bringing workers from outside the village – Lal Furness from High Green was a regular contractor.

I remember the Pit Hill slipping in the early 1950’s and this caused a lot of disruption.  Gradually the landslip was cleared, but somehow the view never seemed quite the same.

My Father retired in November 1972.  He was the last working man at the colliery and helped demolish the old buildings.

This is only a very brief account of a short period in the entire life of Wharncliffe Silkstone Colliery.  Its history began long before me, and there are bound to be many interesting and amusing stories about life in and around Pilley and of course today the site is occupied by an Industrial Park, oddly referred to as Wentworth Industrial Park.